See my face in Times Square and the S Train 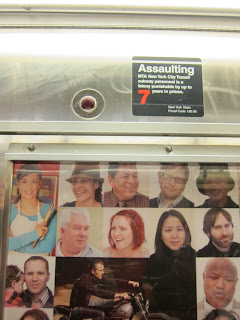 Last year the Church of Jesus Christ of Latter-Day Saints (The Mormon Church - which I am a member of), was holing an open photo call for any members wanting to get their pictures taken.  Josh and I were running errands downtown and thought we would pop our heads in real fast to get a few shots snapped.  We didn't really know what they were going to be used for.   The first time we saw any proof that we actually did that was in December, there was an add in the Ensign (church magazine) that had Josh's face on it.  The campaign also followed Josh around one day and made a cool video of him that was featured on the website Mormon.org for a while and also played as an ad on TV in some cities.

So a couple weeks ago people were telling me that they saw us in Time Square on a billboard.  I also heard we were in ads on the S Train (Shuttle between Times Square and Grand Central Terminal).  I wanted to see it for myself.  Rather than walking crosstown after work one day last week, I took the S train (the second one to arrive on the platform, the first was a Lady Gaga train, and clearly my face wasn't in those ads) to Times Square and saw the video and our faces.  This is the closet I will ever come to having fame and performing on Broadway! 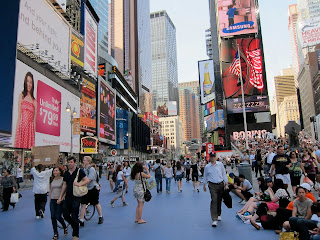 Here is the video. Sorry it is sideways.