The weather this weekend was perfect for being outside.  Saturday we made our way to Coney Island for the Mermaid Parade.  It was a trek.  We live in the tip top of Manhattan and Coney Island may as well be in Key West. It took almost 2 hours to get there. I'm not going to lie, we mainly go to see skin. Old skin, tattooed skin, saggy skin, green skin, sparkly skin, blue skin, sea shell skin, hairy skin.  You name it or imagine it and you will see it there. I love NY.  The boy had a blast.  He was acting like a man all day and refused to take what I consider proper naps, but he held his own and made a ton of friends.  You know what he loves? To party. He LOVES to party. There was a band playing on the boardwalk with a group of people dancing, josh took him over to dance and he ATE IT UP.  Not me- it was too crowded and the music was too loud for my old lady ears, but I took pictures with josh's fancy camera.

I've taken the babe to the beach before and he's sat in sandboxes so I thought his sand curiosity was over. I was wrong.  If there is any sand you don't want your kid to eat, it's probably sand on the beach in Coney Island. Side Story-  When I was a kid my grandparents took us to Coney Island and I remember one of them saying we could't go on the beach because it was dirty and then about the same time, I think my Dad (someone- 90% sure it was my Dad 10% it was my Grandma- Cicely, back me up on this) mentioned Coney Island Whitefish and said that Coney Island Beach used to be so dirty that that nickname was well known for the used prophylactics found on the beach.EWWWWWWWWWWWWWWW.  Well, I think it has cleaned up a bit since the 80's- let's hope. I mean I didn't see any white fish.  Anyway, he was so happy crawling all over the sand then just took a big bite of the sand floor. It didn't even phase him. In fact he did it three more times. Maybe he has a deficiency, like those adults who eat dirt. I'm just chalking it up to being 8 months and curious.
Mermaid Parade Photo dump: 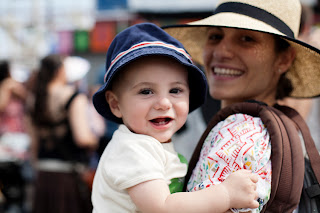 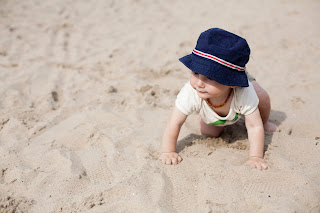 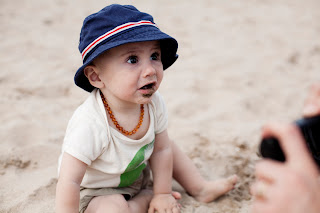 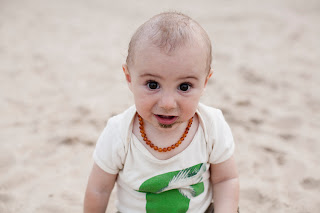 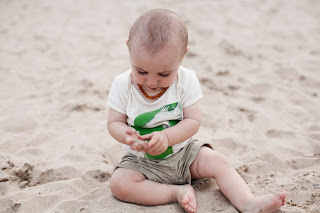 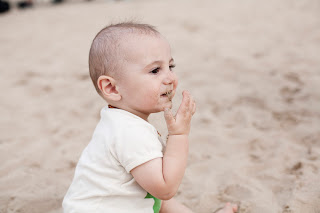 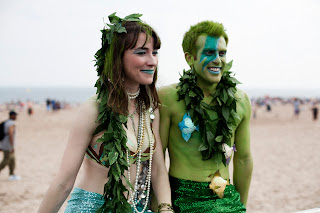 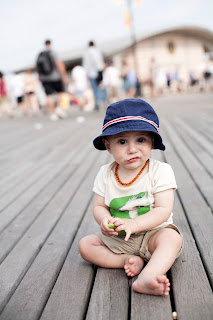 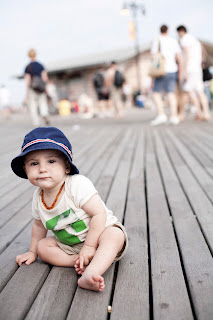 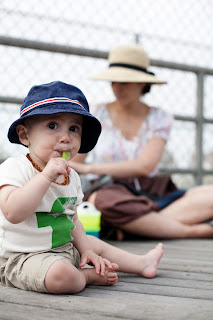 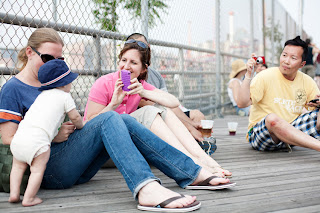 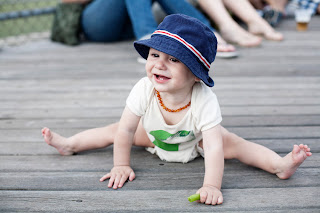 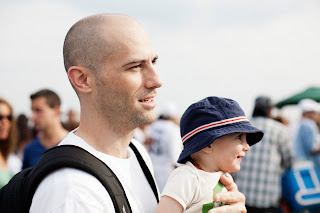 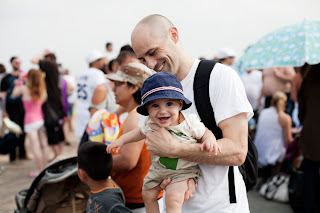 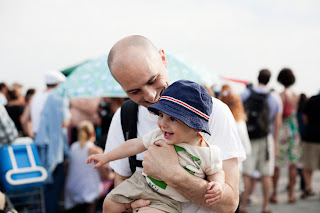 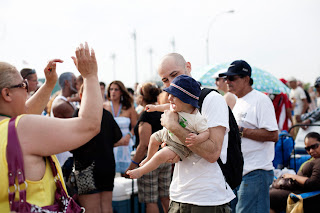 Fathers.  I love my Dad soooooooo much. I can't even fit enough o's to tell you how much I love my Dad. He is wonderful, smart, funny, kind, sweet, strong and a list of other positive attributes﻿.  He set the bar pretty high for my expectations of fathers.  However, I am not surprised that josh has is also the best father around and that bar keeps getting higher and higher.  He is so so so great (for lack of a better word) at being a Dad. Sometimes when I glance over at him with his son my heart overflows with love and gladness.
To celebrate Father's Day, we went to dinner Saturday night at (any guesses where we went?) Vegetarian Paradise and had dessert at Grom.  Someone had their first taste of the lemon gelato.  It may look like he didn't like it, but he kept coming back for more and more tastes. Here is to the best two men in my life.
﻿
﻿