Have you ever seen Home Movies? If You haven't - there you go I just gave you a link, if you have any sort of sense of humor you'll thank me. I love the show. In fact, I think I will watch some tonight (aside from the BBC's Blue Planet and Planet Earth; it's the only DVD collection I own). I was first introduced to the show in 1999 when it aired on Adult Swim (Cartoon Network)- Wait- Did any of you ever experience "Adult Swim"? I did. When I was little and growing up in Colorado, not too many people had their own pools (unlike the second half of my life growing up in Florida), so we would go to public pools. Sunset and Centenntial were the closet to where we lived and every time we would go they would always have an adult swim time where all the kids had to get out of the pool and sulk while the boring adults swan laps. BORING!! Anyway- On Home Movies there are these two Characters Walter and Perry. When Walter gets excited he pulls his hair down close to his face (if you watch any of the clips he's in you'll see), sometimes when i get excited or want something I do the same thing. 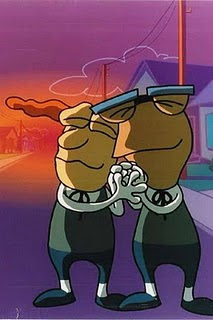 Yesterday I had a Walter moment. See, my sister is getting married (hooray!!) next weekend and I have been on the lookout for shoes for the last few weeks. Yesterday during lunch I walked around the stores by my office to see what they had. I know my budget, but sometimes I like to just "see" what I would get if I could. Enter Cole Haan. Ok, so it's not the most cool, trendy or hip store around, but I do love a well made leather purse and shoe that isn't WAY over the top expensive. They had a gold peep toe pump: 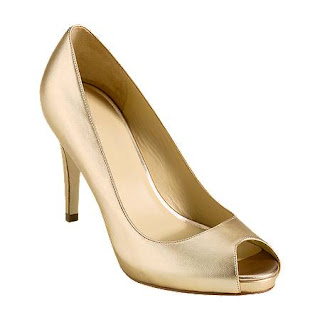 Not bad. Tried it on, fit nice were comfortable. Tinkered with the idea of convincing myself I would wear them again and it would be worth the money and I wouldn't have to look for shoes anymore. But then... something caught my eye. A shoe I have been imagining in my head for months. A shoe that can be worn with anything (except a brown satin floor length bridesmaid dress). A shoe that would make me stand taller. A shoe that I would love to dance a jive in. A shoe...A shoe I could love. This is when I pulled a Walter and pulled my hair down over my face and said "Mr., THAT shoe, please get me THAT shoe in a 7 and 7 1/2". He did. I was in love. He told me he would give me $100 off if I bought both. I know where to the draw the line. I said "No Thank you! But, can I get $50 off of these bad boys?" "Why, yes you can little lady." (not the exact conversation, but close) So I did. I bought them. And guess what? I'm returning them tomorrow. I knew the whole time that that is what was going to happen. I'm ok with that. Not returning because I don't love them anymore; returning on principle. I don't need to be spending $$$ on shoes right now. Here they are: 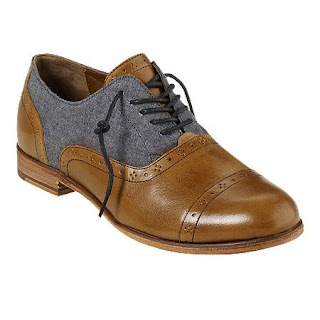