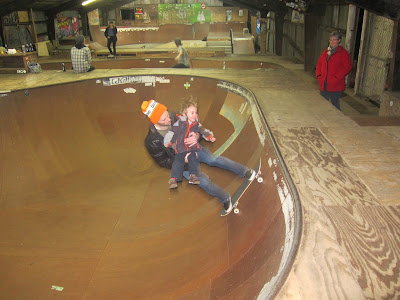 Few things excite him as much as watching his dad skateboard.  He asks to watch YouTube videos of Josh everyday and usually will watch one or two videos 3x's each before going to bed.  He's started memorizing what the video says and says it as Josh does.  He has a tiny finger board and skates on it all through the house while repeating josh's words from this video. His favorite line to repeat is "Skateboarding is a huge part of my life". It's terribly cute to watch.

While we were in NC for Christmas, josh went to The Skate Barn to skate and an hour or two later the boy, josh's Mom and I went to watch him.  Sonny was so excited. At first he watched and kept saying "Again, Again!".  Then josh grabbed him and started skating with him.  You should have seen this kids face. He had on a permanent smile. He was so happy. 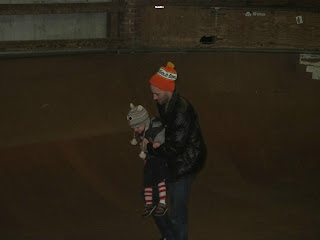 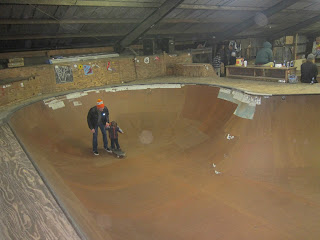 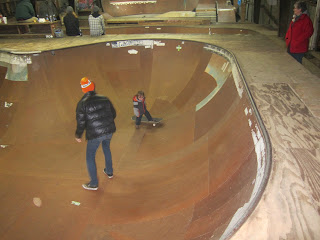 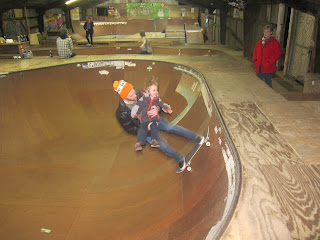 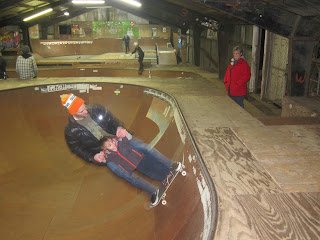 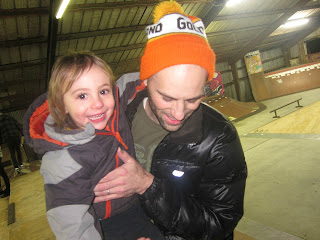 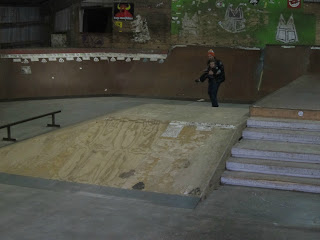 They did this run probably 10 times:
He didn't even care that is was super cold.
Posted by Ylrac at 11:39 AM